Please Fill out the Form or Call 1-877-375-7867 to inquire about the Price and Availability of this product.

Be the first to review this product
$15.16
In stock
SKU
90165
Manufacturer: FPPF
Add to Wish List Add to Compare
Skip to the end of the images gallery 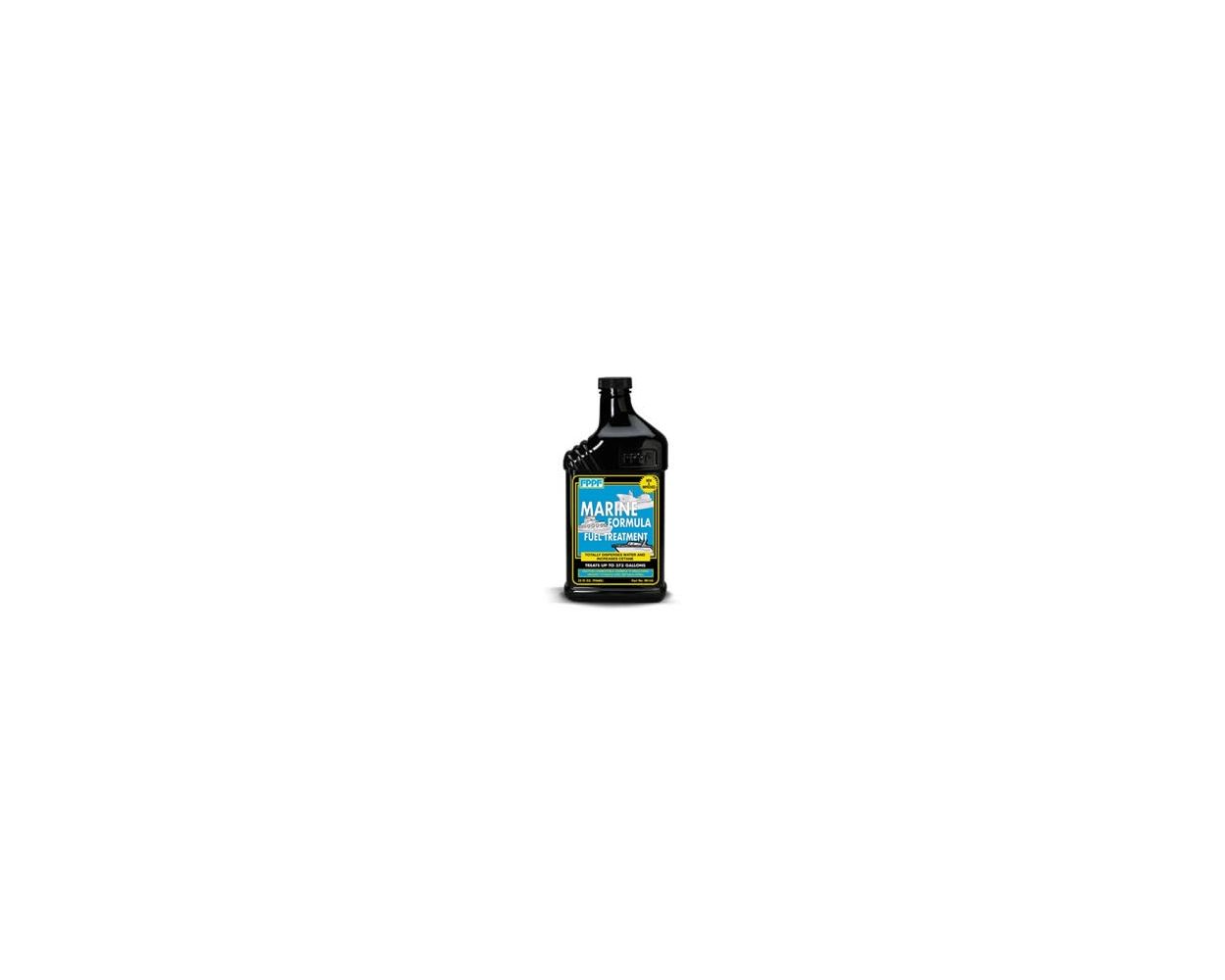 Skip to the beginning of the images gallery
Description

FPPF Marine Formula Diesel Fuel Treatment is a highly concentrated fuel treatment for #2 Diesel (high and low sulfur), #1 Diesel, #4 Fuel Oil, #6 Bunker Fuel, and all grades of gasoline. FPPF Marine Formula Diesel Fuel Treatment stabilizes fuel in several ways because it totally disperses water. Water is the number one problem in any petroleum-based fuel system. These plug filters and the waste products of algae and bacteria are acids that cause tank, fuel pump, and fuel injector corrosion. Water passing through pumps and fuel injectors can severely damage these delicate parts.

FPPF Marine Formula should be used every time you fuel. It should be added before fueling at the ratio 32 fl. oz.: 375 gallons. This is a year 'round formula. In cases where a known water problem exists, double dosing will speed water removal.

Note: When operating under extremely cold weather conditions (10 degrees or less) for extended periods (more than 48 hours), it is strongly recommended that you use FPPF Polar Power for the ultimate in cold weather protection.

Compatibility
Reviews
Write Your Own Review
© 2022 TheDieselStore.com. All Rights Reserved.