Please email us at info@thedieselstore.com
or Call 1-877-375-7867 to inquire about the Price and Availability of this product.

Be the first to review this product
$14.35
In stock
SKU
AP0007
Manufacturer: Alliant Power
Add to Wish List Add to Compare

Skip to the end of the images gallery 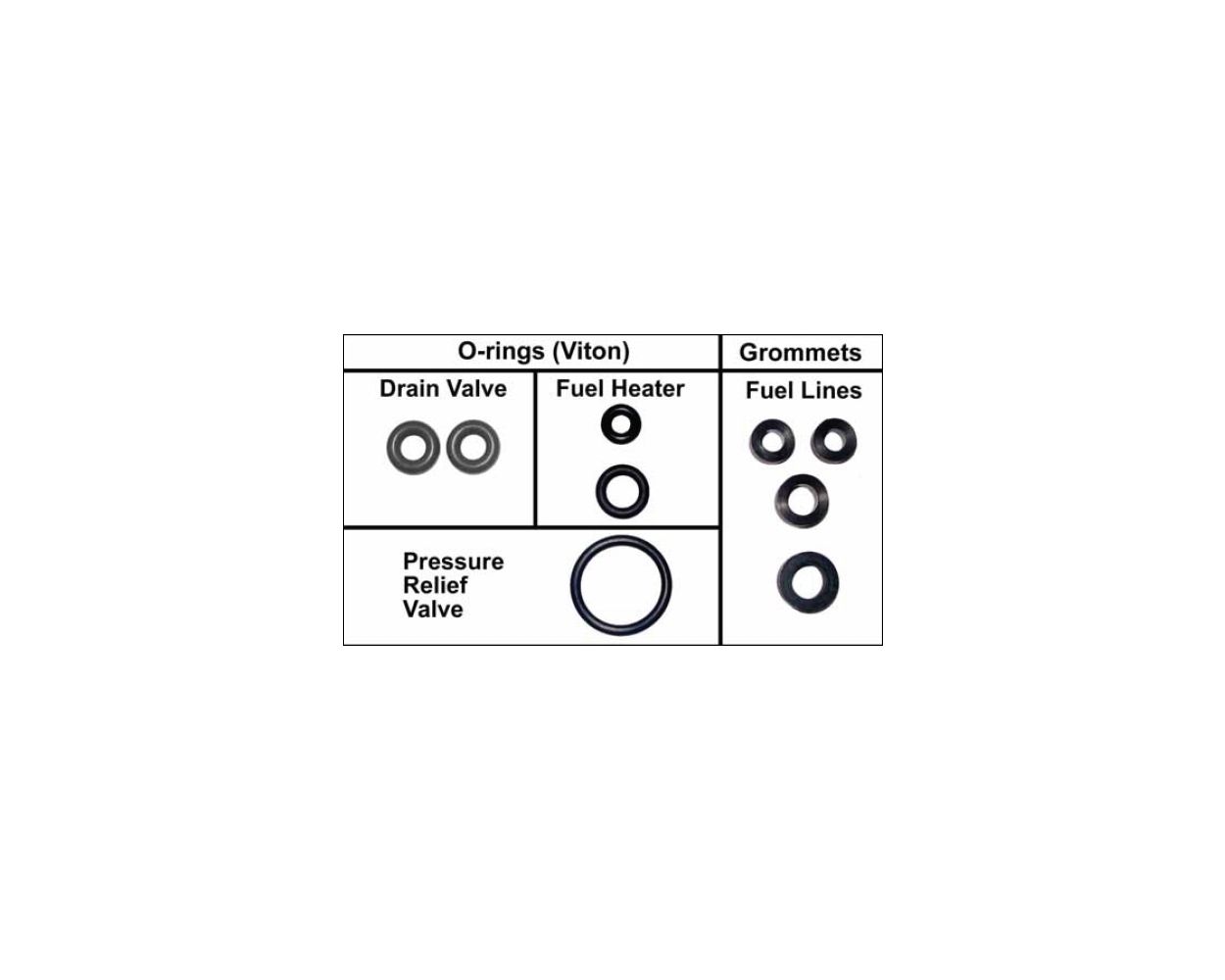 Skip to the beginning of the images gallery
Description
Fuel Filter Drain Valve Seal Kit (Viton), for late model Ford 7.3L Power Strokes. This kit covers 1998-2003 applications and is comprised of seals contained in Ford kits F81Z-9C065-AA. A rash of fuel in the engine valley complaints on 7.3L Power Stroke Fords, which are ultimately traced to leaking fuel filter drain valve o-rings have recently been reported. While there's no proof that the leaks are attributable to the introduction of ULSD, cynics may conclude that the timing is more than coincidental. In most cases, servicing the leaks simply requires removing the filter assembly from the engine and replacing the drain valve o-rings. Although the two drain valve o-rings are the usual suspects, as long as the filter assembly is removed, we advise replacing the remaining three o-rings, and, since the fuel lines have been disconnected, the fuel line connector grommets should be replaced as well. To facilitate sourcing the various seals, Alliant Power now offers AP0007 Fuel Filter Drain Valve Seal Kit which includes all the seals necessary to complete the repair. * This kit is not compatible with van applications. Viton This seal kit uses Viton O-rings to prevent the deteriation due to ULSD Fuels. Viton fluoroelastomer is the most specified fluoroelastomer, well known for its excellent (400°F/200°C) heat resistance. Viton offers excellent resistance to aggressive fuels and chemicals and has worldwide ISO 9000 and ISO/TS 16949 registration. Ford Part# : F81Z-9C065-AA
Compatibility
Cross Reference

Reviews
Write Your Own Review
© 2022 TheDieselStore.com. All Rights Reserved.